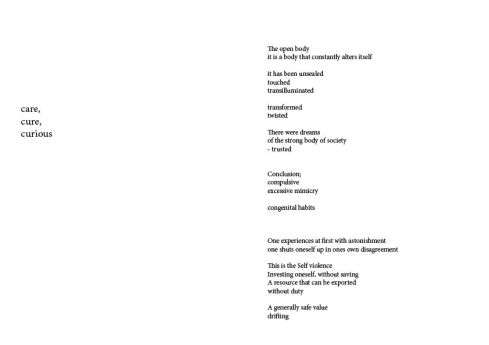 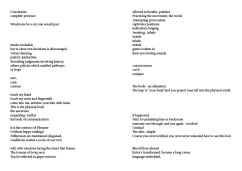 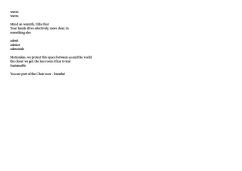 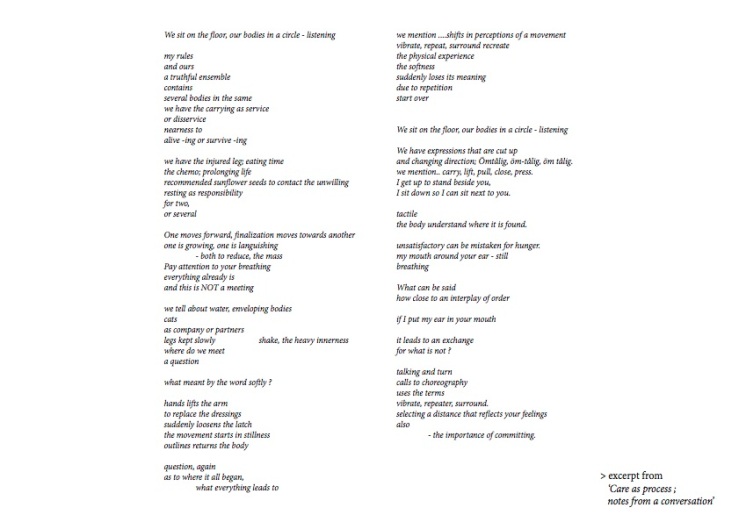 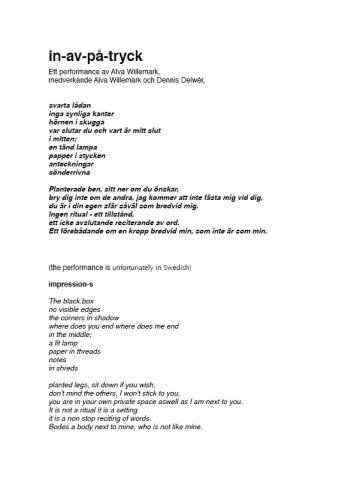 Trying to find a way back, to work.

At the end of my pregnancy I suffered from an extreme sexual frustration. To focus on something else I started to create and write palindromes. I shared my frustration through a performance where I filled a corridor with the palindrome ‘mö nekats staken öm’ (which roughly means ‘maid is denied the tender cock’).

In Performing the subject I’m moving, dancing, behind a temporary wall in a dark room. I’m lit from the side by a red light that creates my shadow on the wall. As viewer you can only see the shadow of me and hear the sound of my movement. The performance took place at the Art Academy in Umeå during open house, it was intended to last for 8 (working) hours, I managed 5 hours and 36 min.

Viewer description: An urge to move my body freely, an energy in the body’s natural movement patterns. I am met by the rhythm and the red light. A bass line in my chest without sound. A shadow without body, which instead becomes my shadow; the shadow of my will? the shadow of my desire? Trying to see it as a body – the desire that lives in my fingers and my chest, rushes down into my stomach and settles as a void somewhere between the solar plexus and ventricle. The desire is to claim, it becomes a physical fight.

Would one call one

in collaboration with Clarissa Siimes

Would one call one a white artist

13 participating artists in the exhibition, ”This place has no mirrors but only your thoughts in the water and they will spread all around with the waves”, was asked to record their own safety sound.

During the performance each artists was carrying around their own sound, which was played from small speakers attached to the body. The performance lasted for 30 minutes, while the artists were moving around in the gallery among the visitors., wearing their own safety sound.

A mix of all 13 sounds was installed in the gallery during the rest of the exhibition as its own sound piece.

”This place has no mirrors but only your thoughts in the water and they will spread all around with the waves” was a result of a longer collaboration between Mudarris Center of Art & Culture in occupied Golan Heights and Umeå Academy of Fine Arts. During two weeks 8 (5) artists from the Golan and eight students from the Umeå academy was working together. Three of the artists was denied visas and were contributing from their place of residence.  > project webbpage

I paint a Dalecarlian paintings (Kurbits), an old classical painting style of Dalarna in Sweden with proverb texts. It is a performance dedicated to an older generation of women with unenforceable dreams of something other than their housewife roles. My grandmother was one of them, she had a dream of becoming an artist.The text on my window painting says ‘Why are we not in paradise grandmother?’ with her hand-writing.

the feeling of making art as a new parent

Part I – Welcome for afternoon pussy. / Nyrakat! Välkommen på eftermiddags fitta; I serve cake and cunt pastries while talking about my relation to my biological sex. 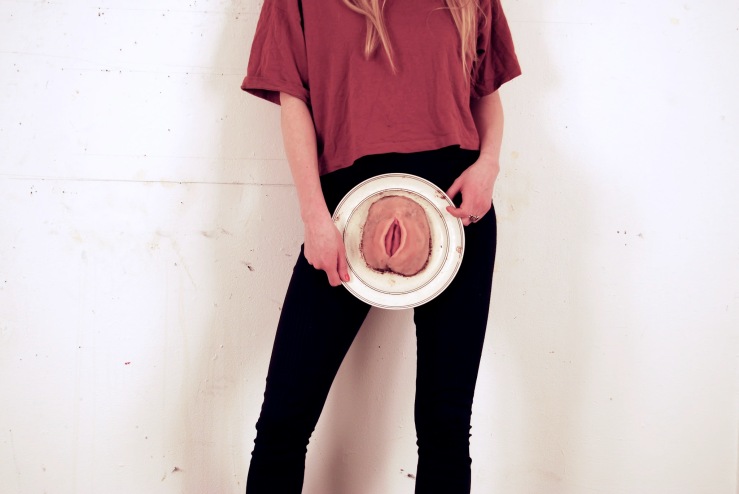 Part II – At least it would be easier to pee in public. / Det skulle i allafall varit enklare att kissa bland folk; I’m talking about the pros and cons for me if I instead had been born with a penis, simultaneously I have begun to reshape parts of the cake to a penis in marzipan.